Create an Account - Increase your productivity, customize your experience, and engage in information you care about.

International Association of Chiefs of Police - Community Policing Award (2014) - HVPD Operation Shield
Operation Shield incorporates proven crime prevention target hardening through proactive police and business partnerships. It prevents burglaries by making businesses harder to target through procurement and installation of latch guard-type door security at vulnerable businesses in the community.  Operation Shield has installed over 108 latch guards at partnering businesses. It has proven to be effective in combating burglaries, as well as strengthening police and business community relationships. 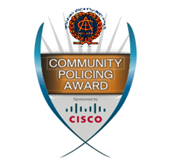 International Association of Chiefs of Police - Weber Seavey Award Finalist (2010) - HVPD Police Involving Parents (PIP)
Police Involving Parents (PIP) gives teens, parents and police the opportunity to partner at the time and place of the minor infraction and commit to a “less than strict enforcement” course of action that prevents similar behavior from occurring again. The program effectively removes the police from the disciplinary process and facilitates parental interaction and resolution. A five-year analysis showed 92 percent of youngsters and parents that participated were not involved in further infractions. Citizen satisfaction has also increased due to the department’s positive approach to youth relations in the community. 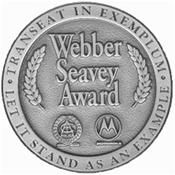 International Association of Chiefs of Police - Community Policing Award (2008) - HVPD Value Based Policing
After extensive planning, development, and implementation of a comprehensive community-oriented policing philosophy, HVPD struggled with focusing officer activities on achieving agency expectations.  The “Value-Based Daily Activity Guide” is an effective tool in transitioning the department from a traditional “order maintenance” style of policing in 2002 to a fully functional community-oriented policing model in 2008. This effective tool focuses the daily performance of patrol officers on activities that fully support and strengthen the policing expectations of the community.

International Association of Chiefs of Police - Community Policing Award (2006) - HVPD Police Involving Parents (PIP)
Teenagers and parents in Highland Village complained that police response to youthful misbehavior was unduly harsh and adversarial. Parents feared that citations for minor infractions would hurt teens’ ability to secure college admission and future employment. The Department responded by developing the Police Involving Parents program to provide an opportunity for teens, parents, and police to partner at the time of an infraction and develop an appropriate, parent-enforced punishment. The program was designed to prevent similar behavior from occurring in the future while allowing the teenager to keep a clean permanent record. Every parent who was eligible to participate chose to do so. As a result of this cooperative effort, repeat youth offenders decreased by 25 percent. 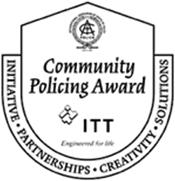